On August 21 st, the Polidomes assembly team set off from a Berlin airport to Doha, the capital of Qatar. The purpose of the expedition was to assemble a Polidome 500 geodesic dome tent, to be used as a pavilion for a hunting-themed vernissage. The organizers of the event decided to focus all available resources on promoting hunting and hunting culture in the region. 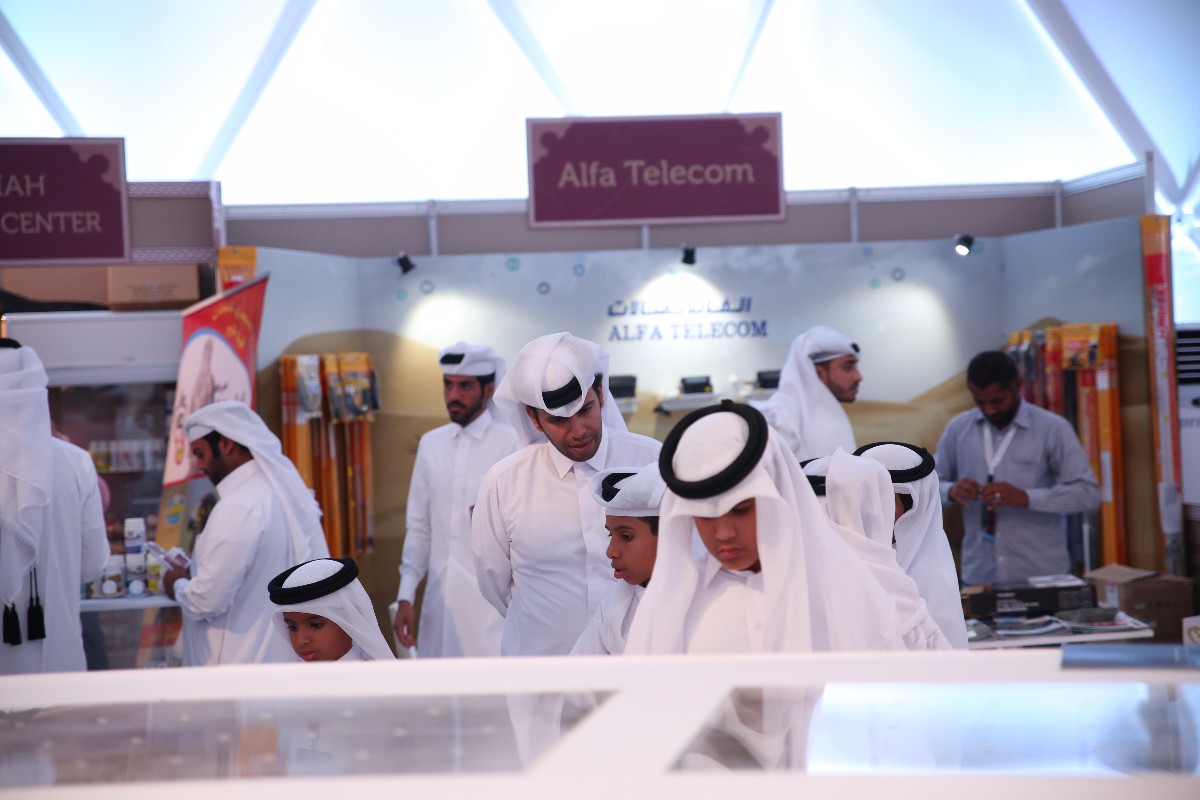 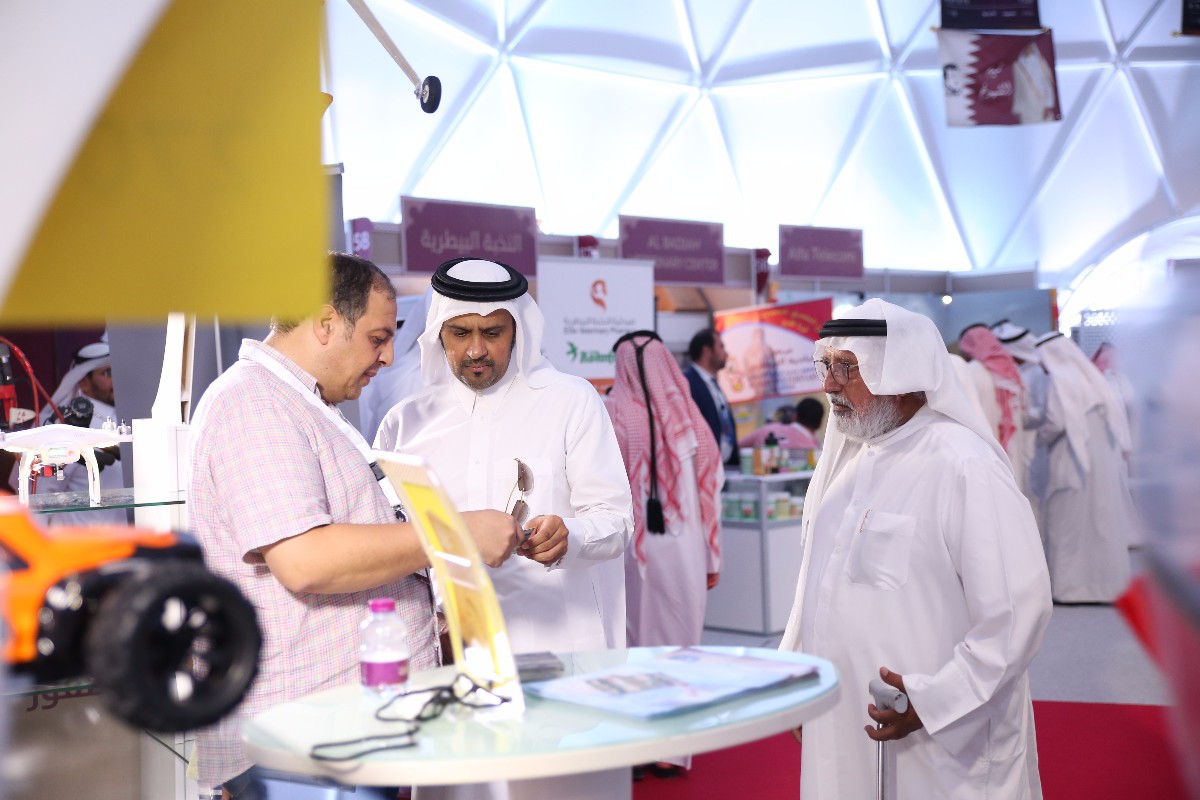 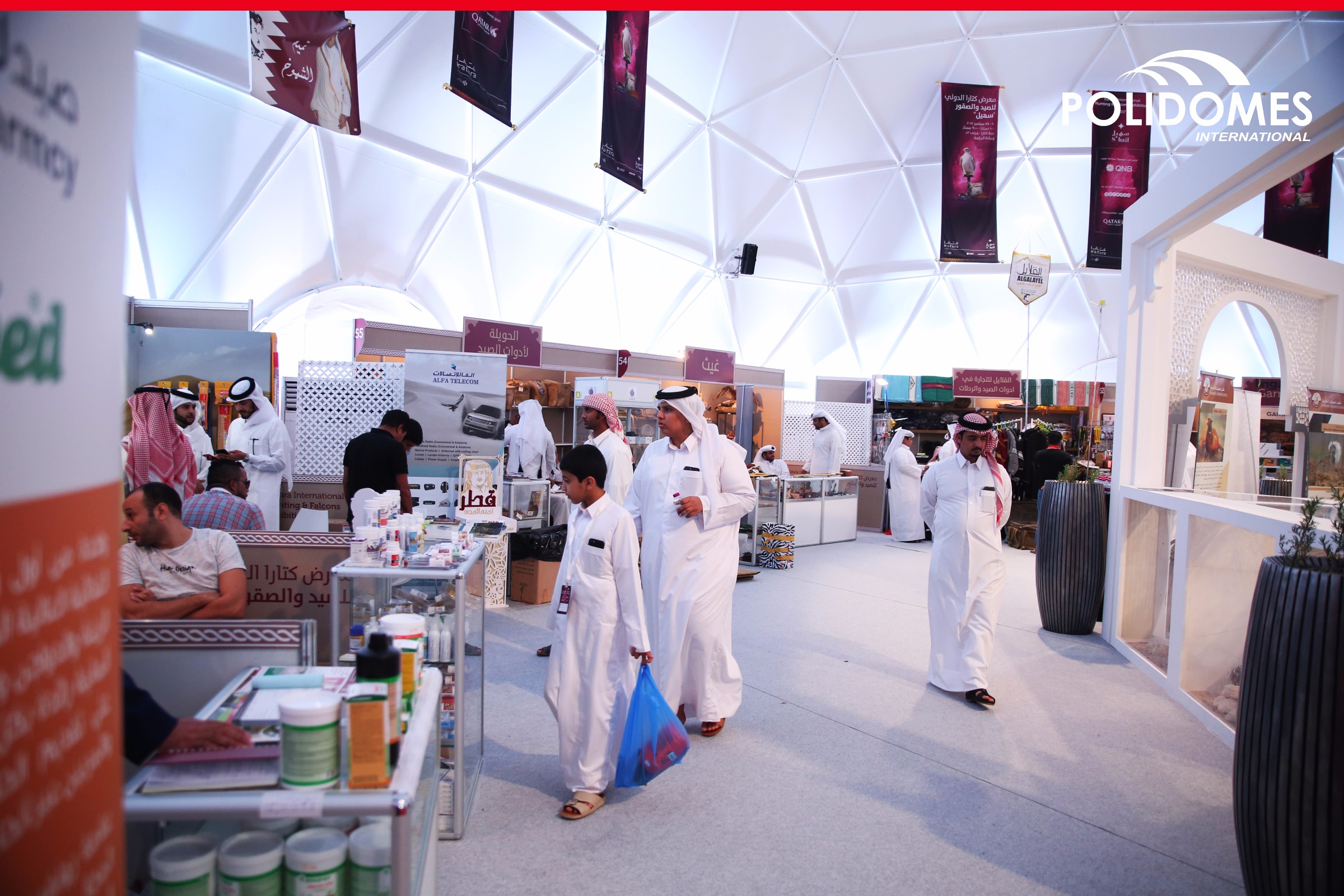 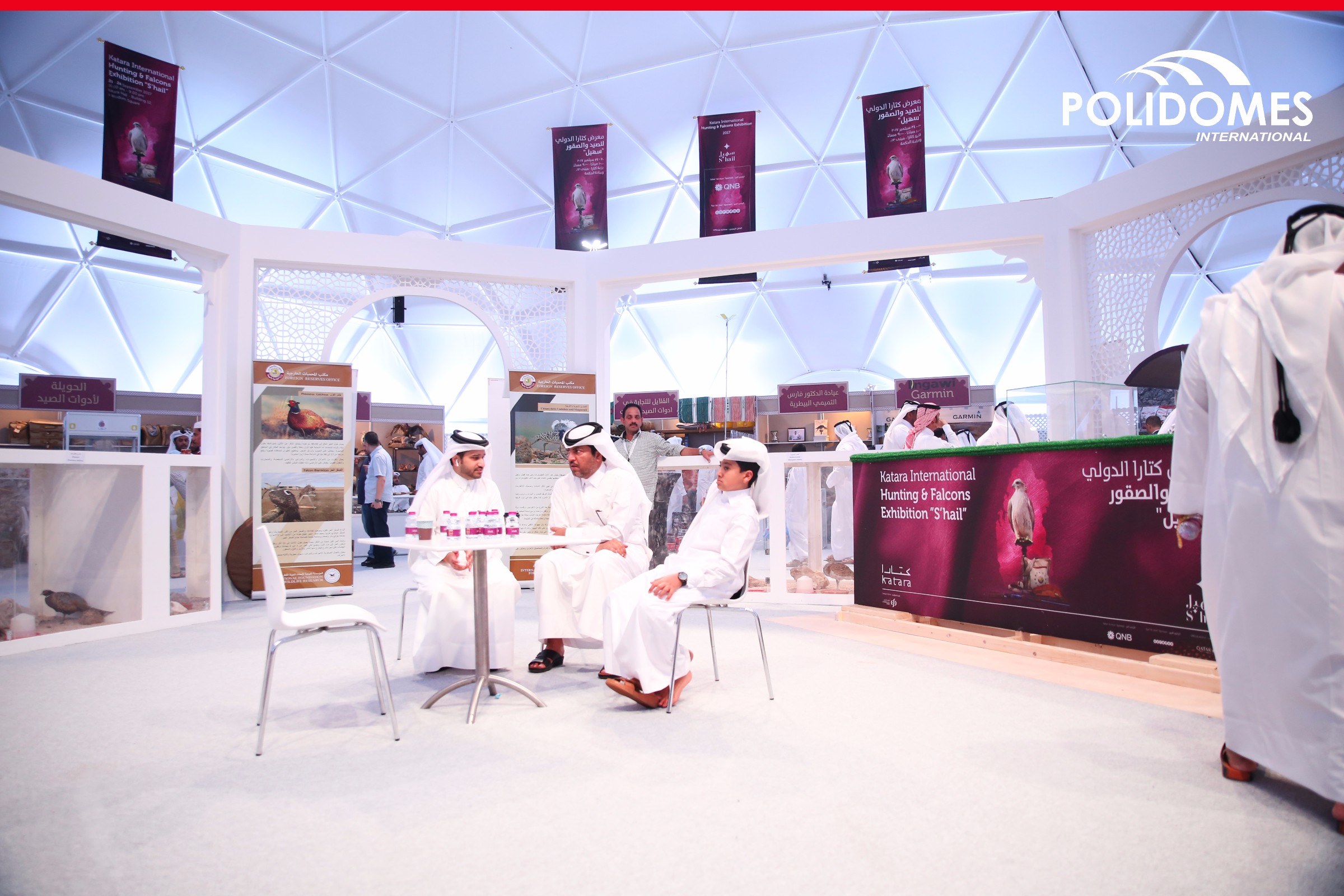 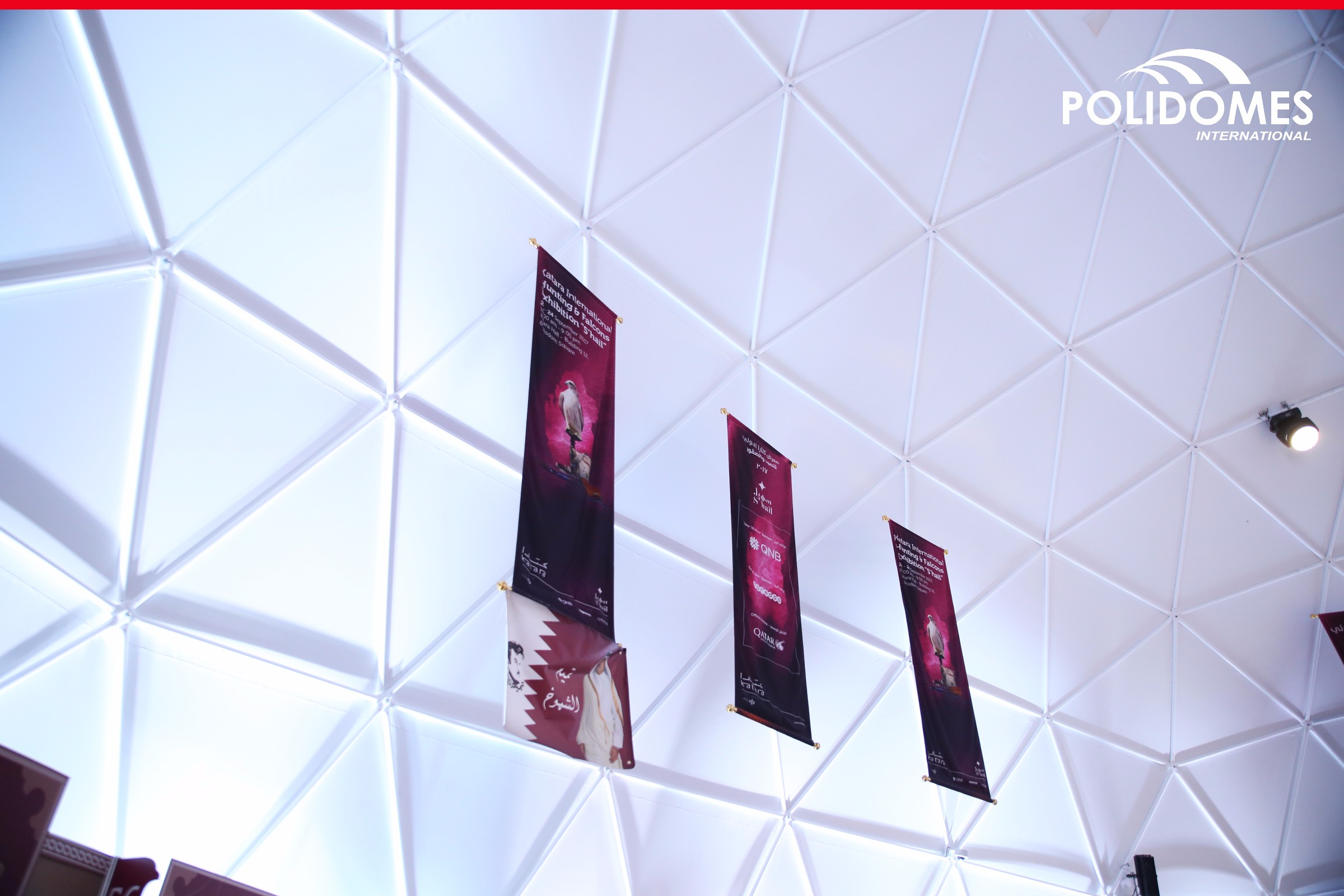 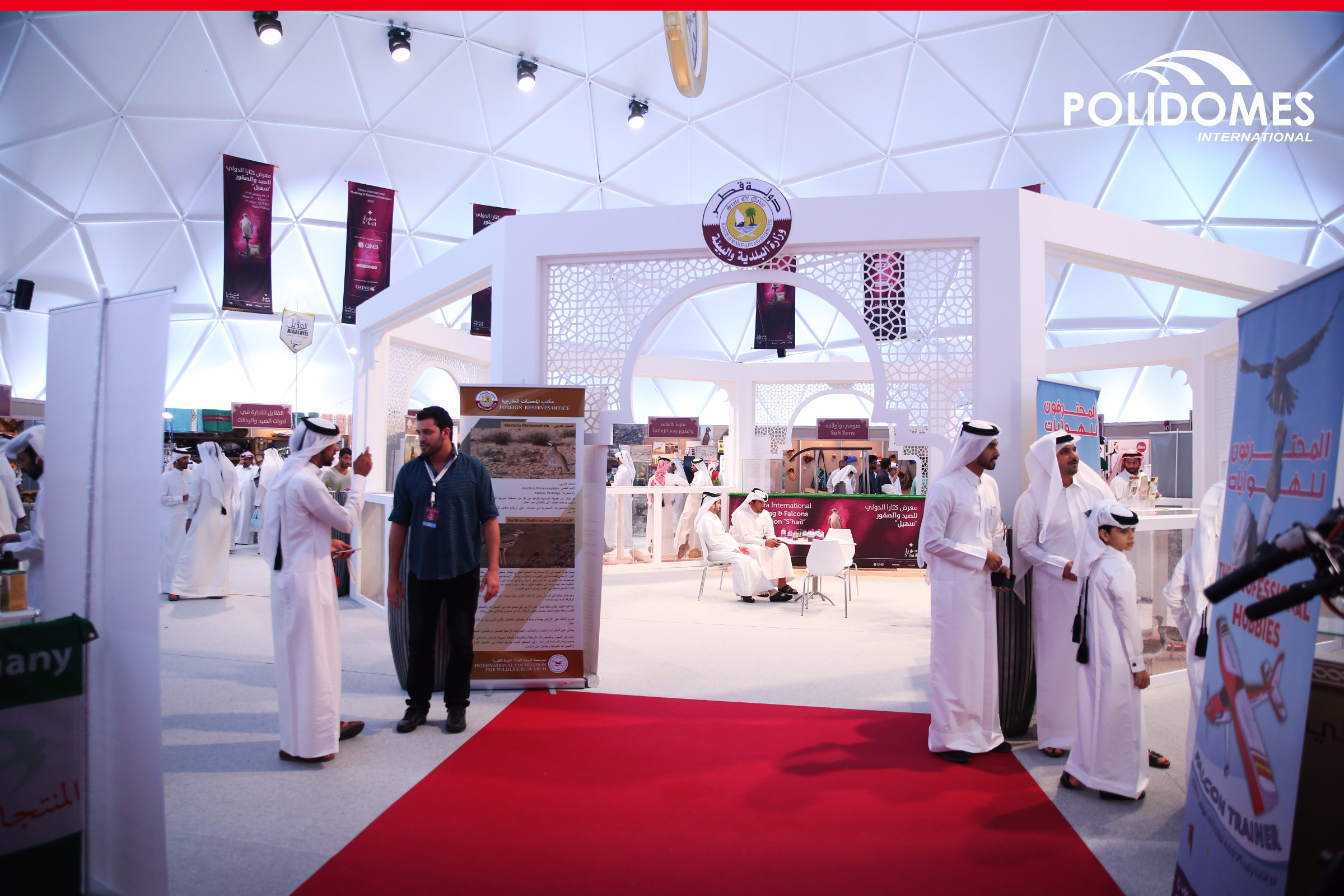 The exhibition, to which the world’s most celebrated musicians were invited, was held between the 20 th and 24 th of September at the Katara Cultural Village, an unusual cultural center near the Persian Gulf which includes a museum, shopping mall and amphitheater. 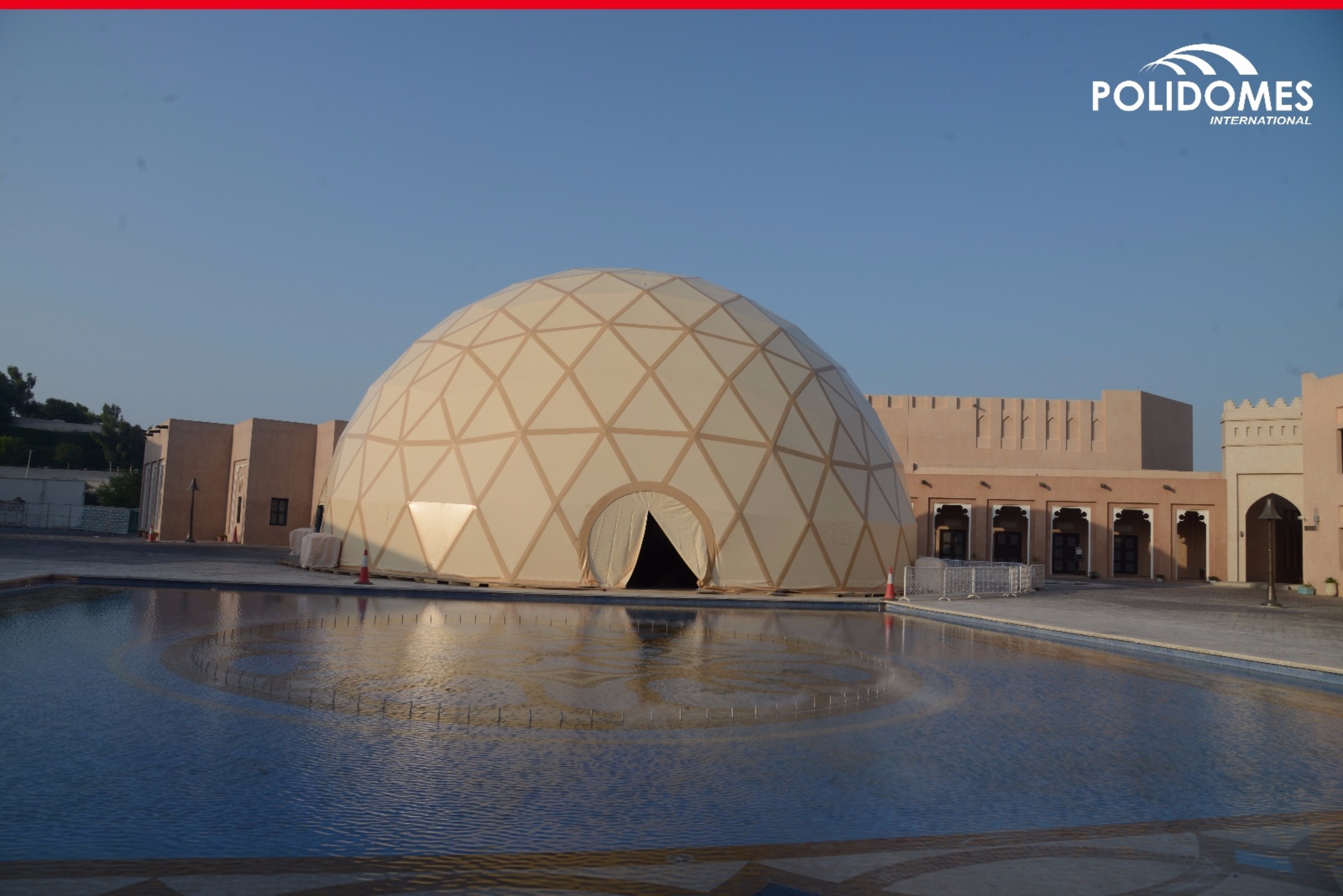 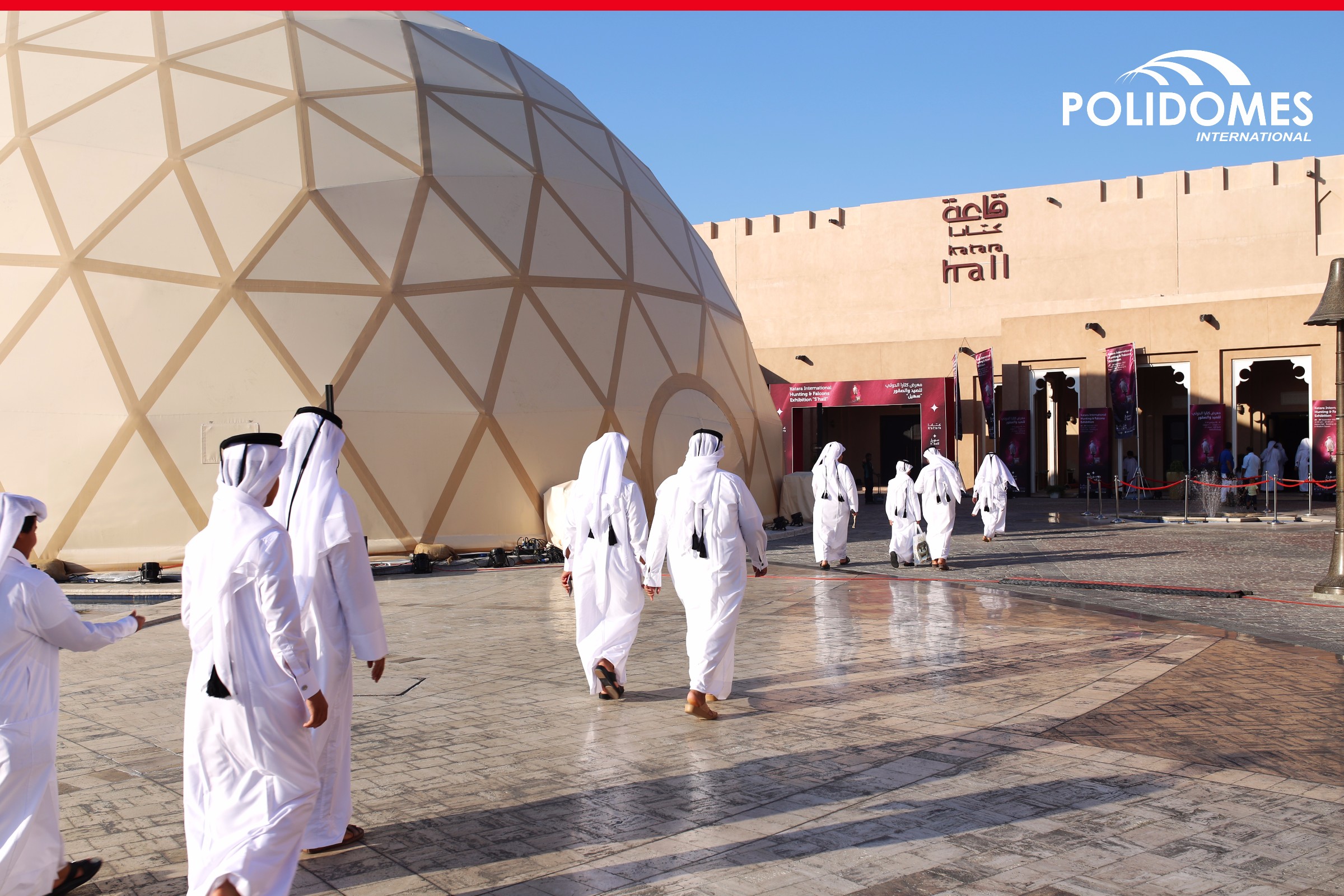 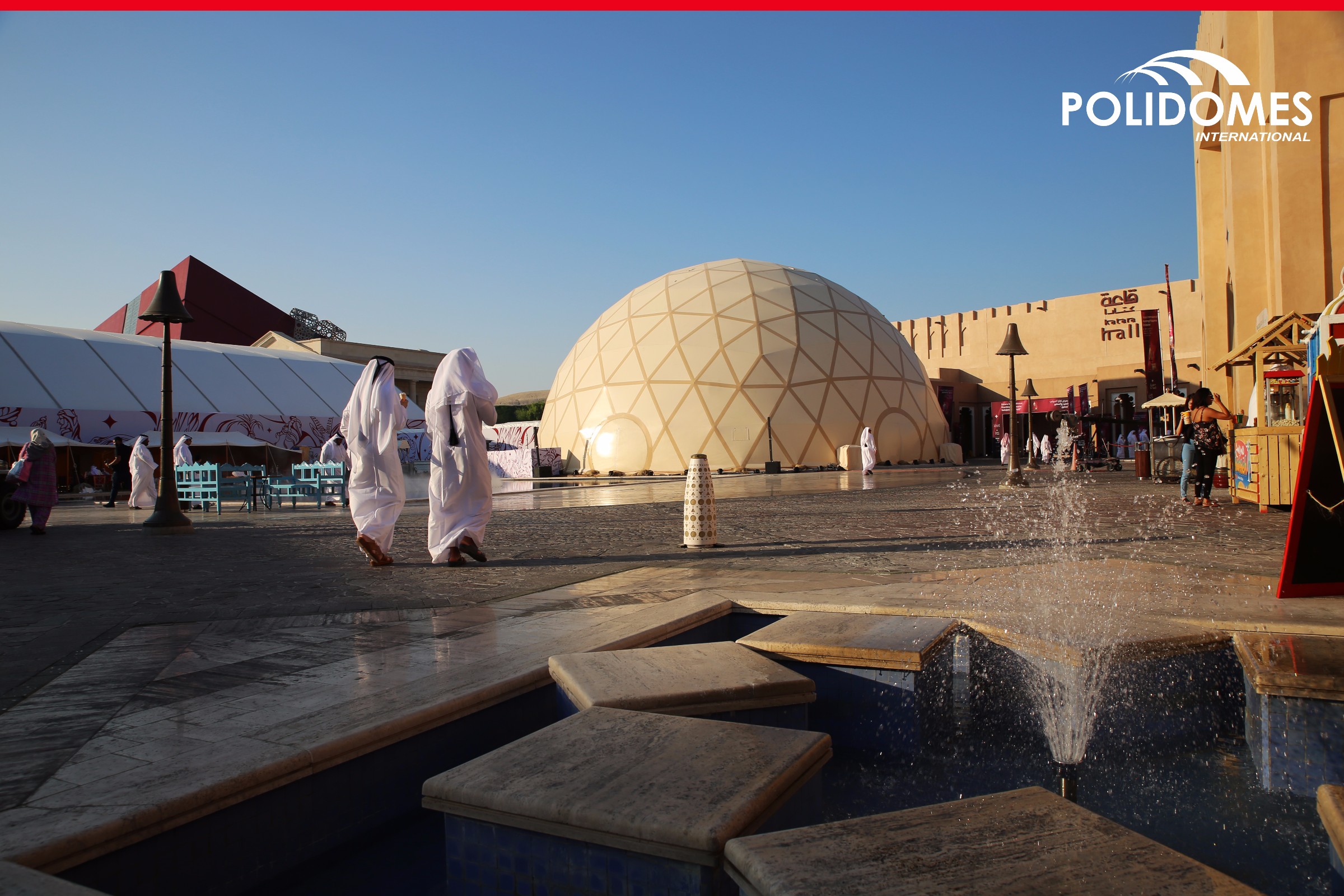 A special zone organized for the exhibition included numerous shops where eagles, hunting gear and materials for outdoor sports were bought and sold. In addition, occasional vernissages showcased modern technology used to facilitate hunting, in contrast with ancient artifacts used by desert dwellers. Remarkably, the event included an exclusive auction of hunting eagles, whose asking prices were around 300,000.00 Qatari Riyals (70,000 Euro). 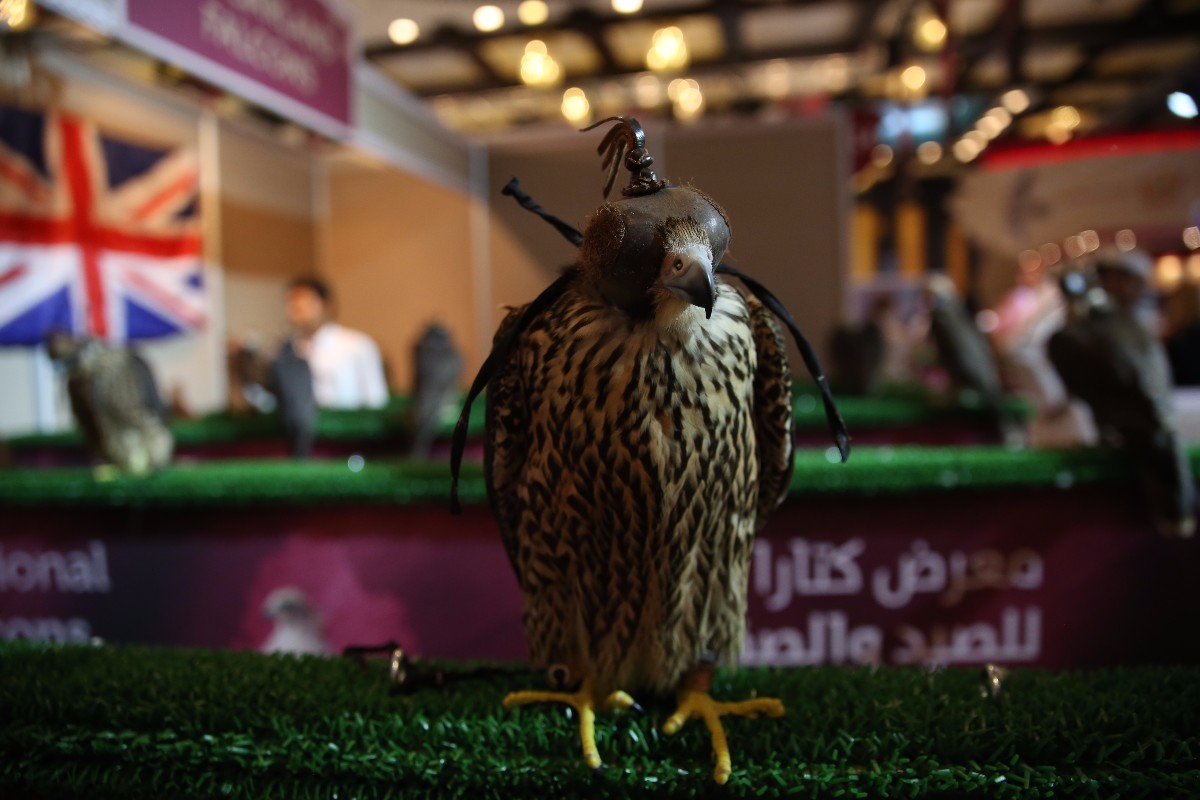 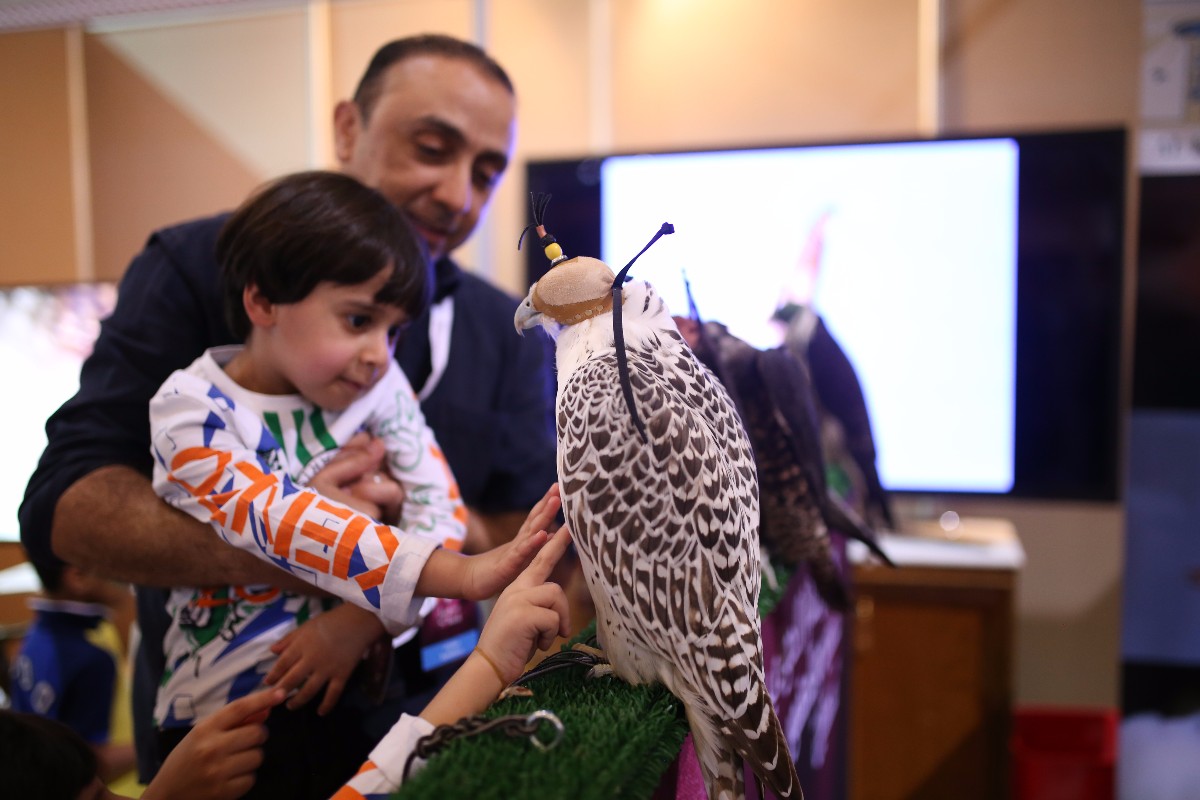 The Polidomes team assembling the geodesic dome kit at the Katara Cultural Village faced a challenge just after landing, it turned out that the floor which served as the base of the tent had to be built on site, from materials available locally. It was an extremely time-consuming and complicated process, but in the end the assembly team succeeded, and the Polidome 500 presented Polidomes International design and structural capabilities. 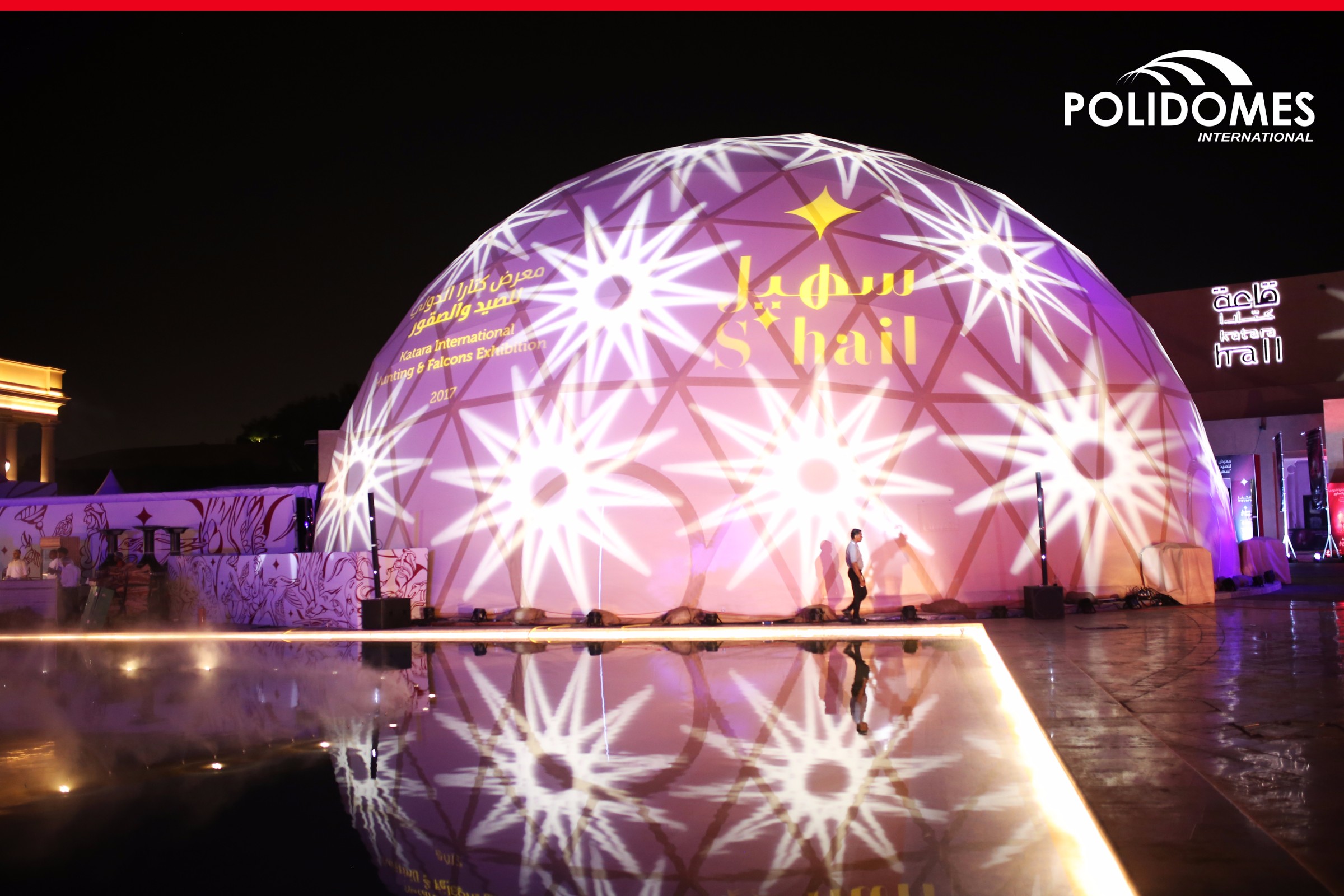 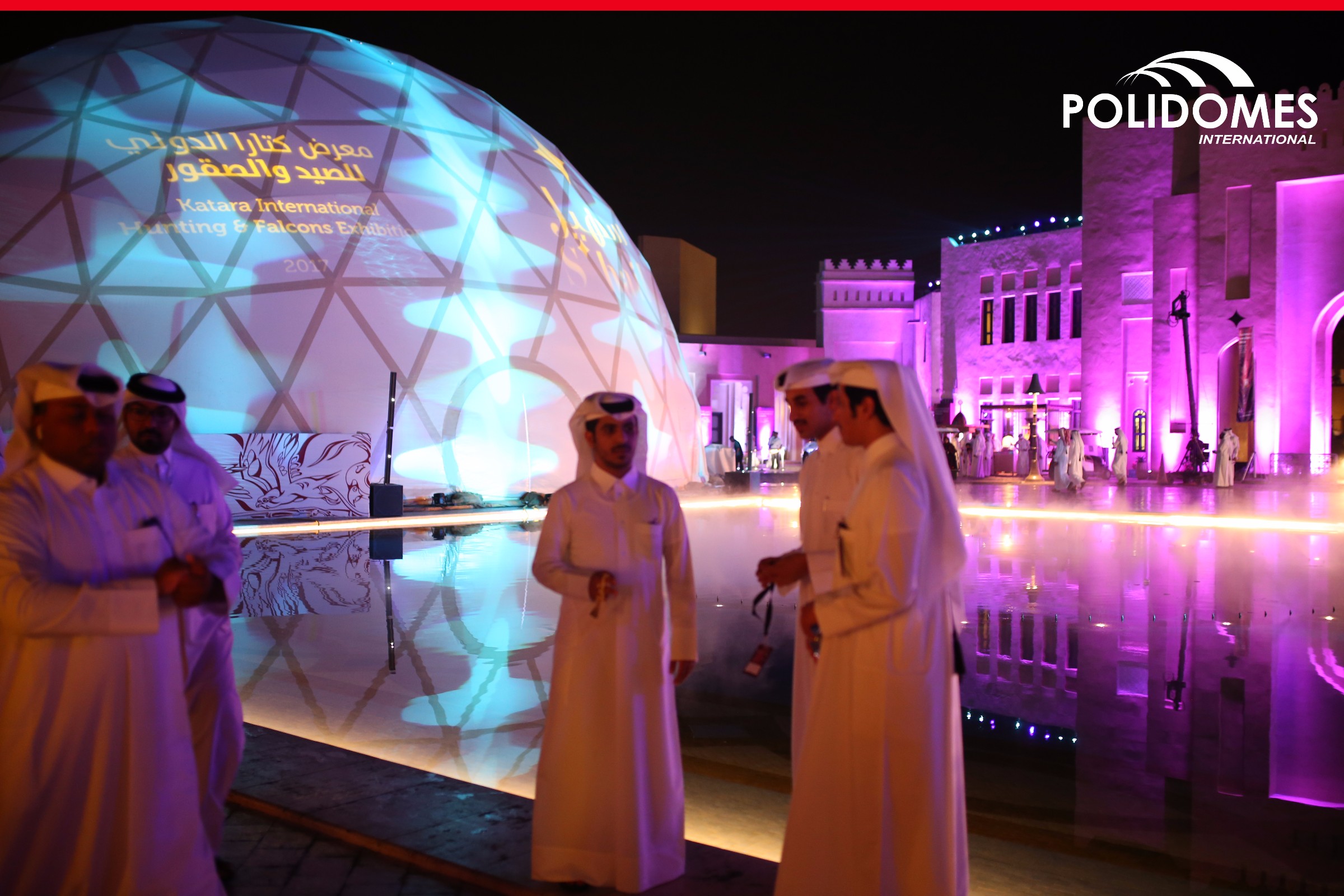 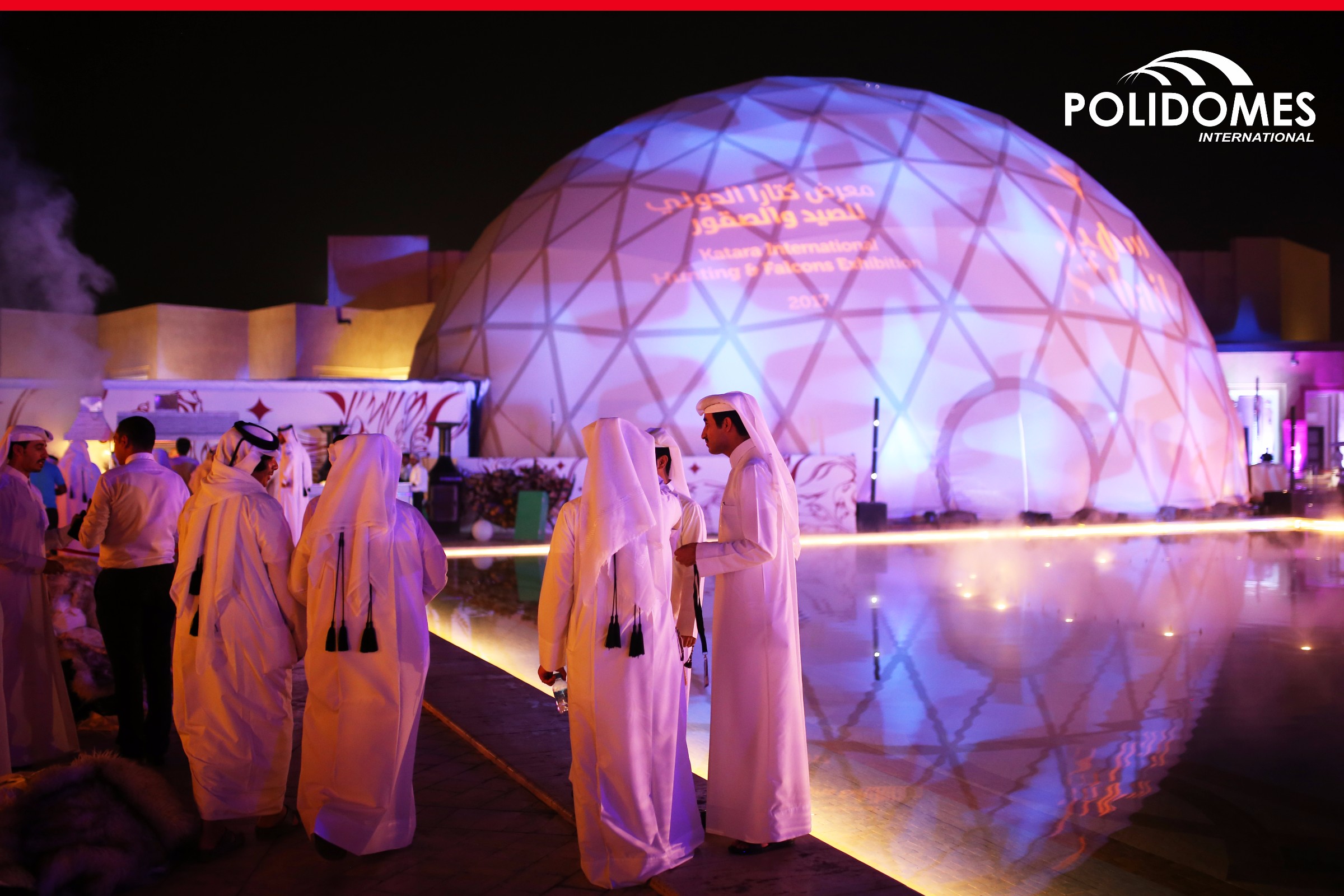 The temperature in Qatar was also a challenge faced by our team from the very start. In the daytime, it reached 45 degrees Celsius, while at night it fell to ‘just’ 36 degrees. Extreme thermal conditions forced them to work only under the cover of night, as the day was simply too hot. Surprisingly, local builders fared much better with the heat and the high humidity. What our employees did didn’t make much difference for them. 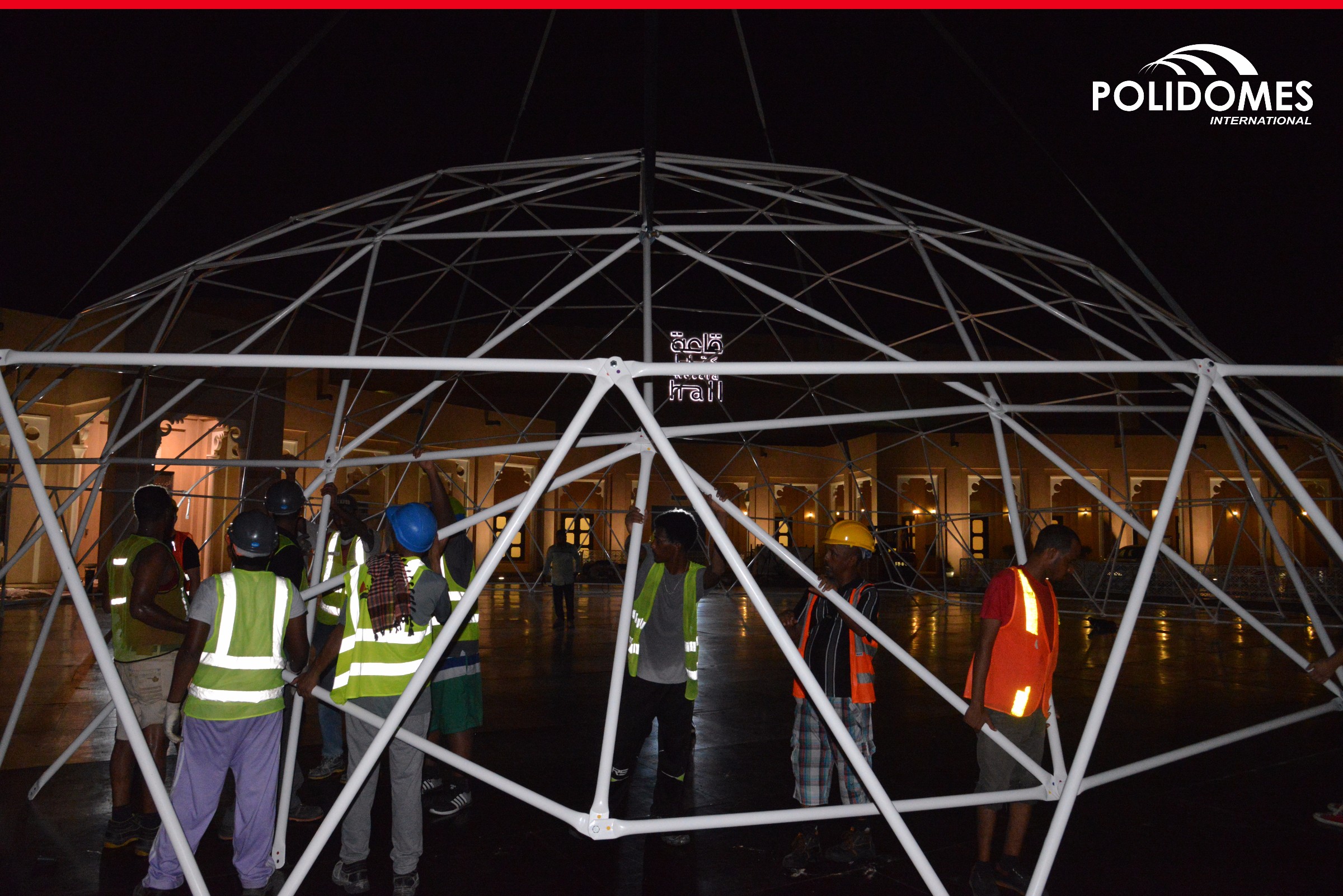 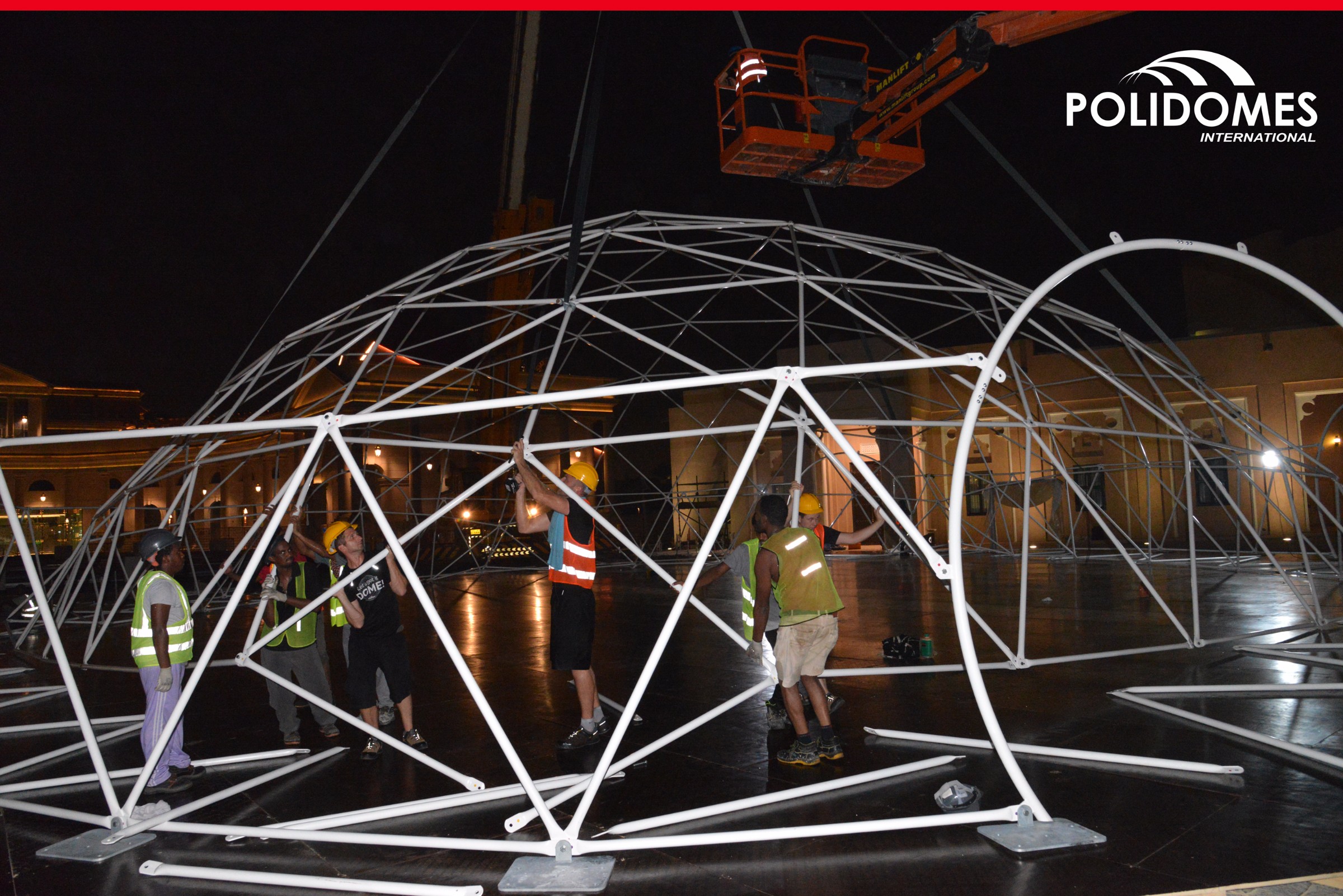 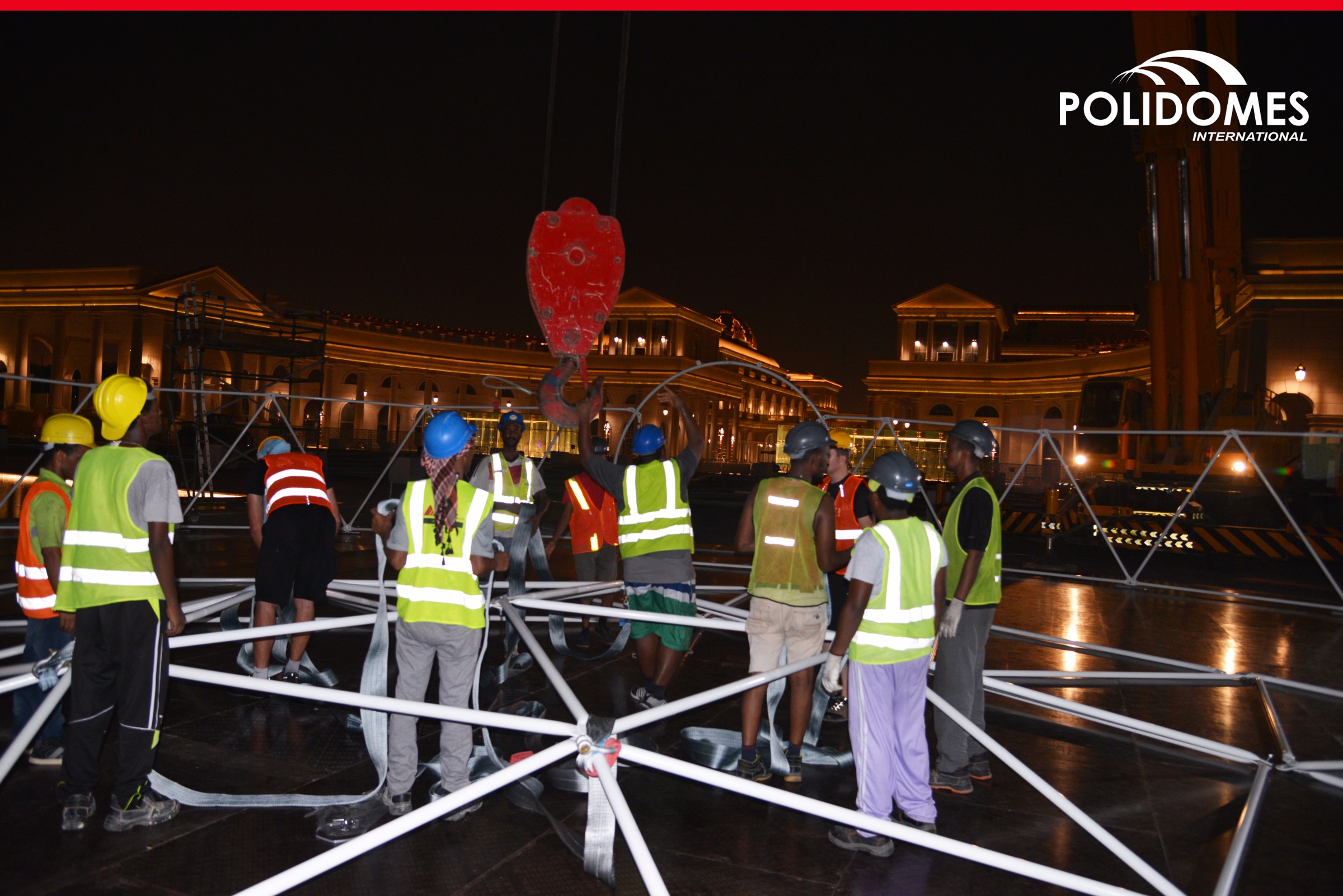 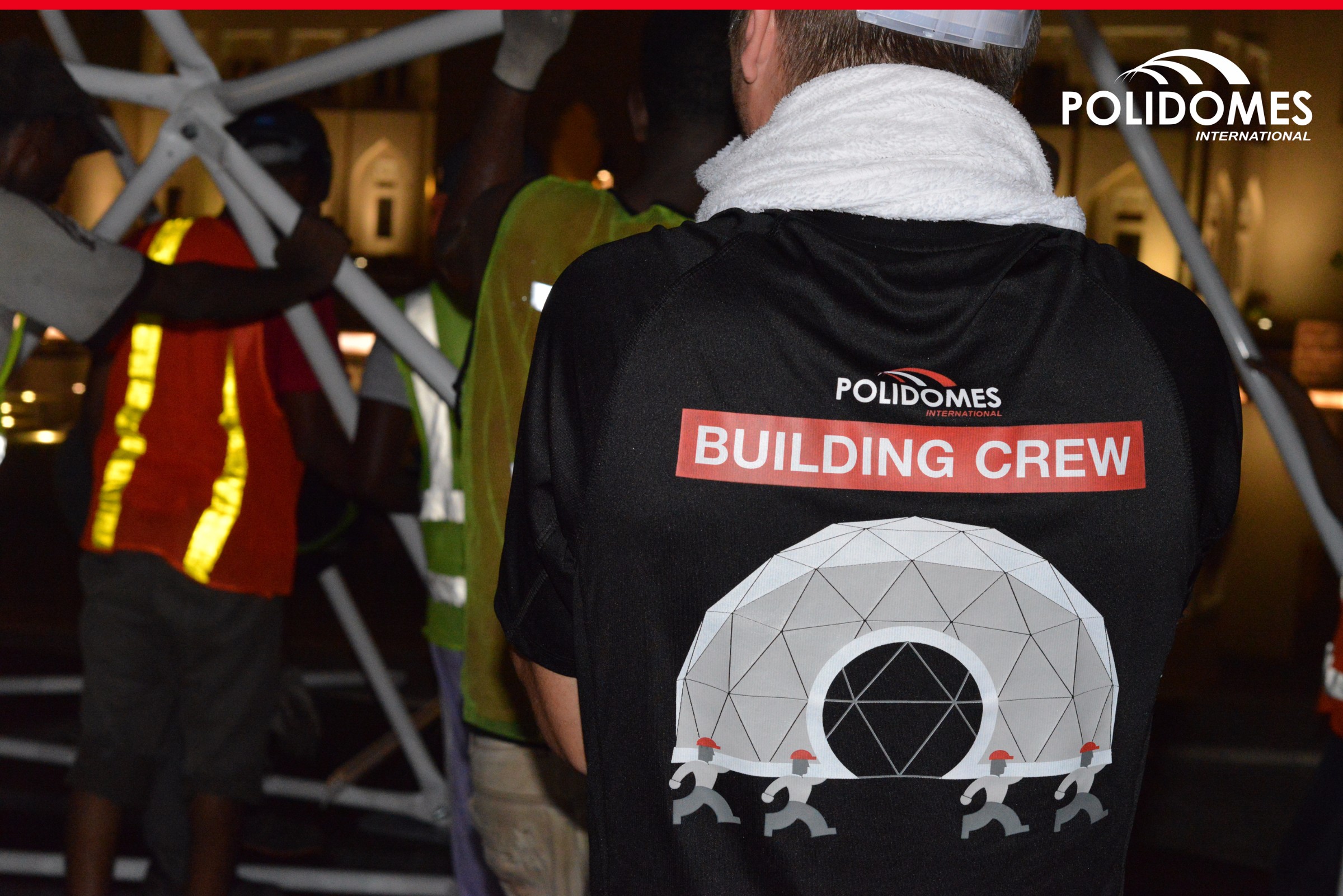 The dome tent designed for the exhibition was unique, as its fully coated cover (specially made for this occasion!) was the first such cover for a large spherical structure to be fully printed. Thus Polidomes International once again distanced itself from the competition, demonstrating the precision and impetus required for this type of cover.
Working for our Qatari clients was a great success for Polidomes. Our employees once again proved their professionalism in coping with difficult circumstances. In addition, our spherical tent was an integral part of the event, where sums unattainable for the average European traded hands, which serves as a testament to Polidomes’ reputation and the quality we can deliver. 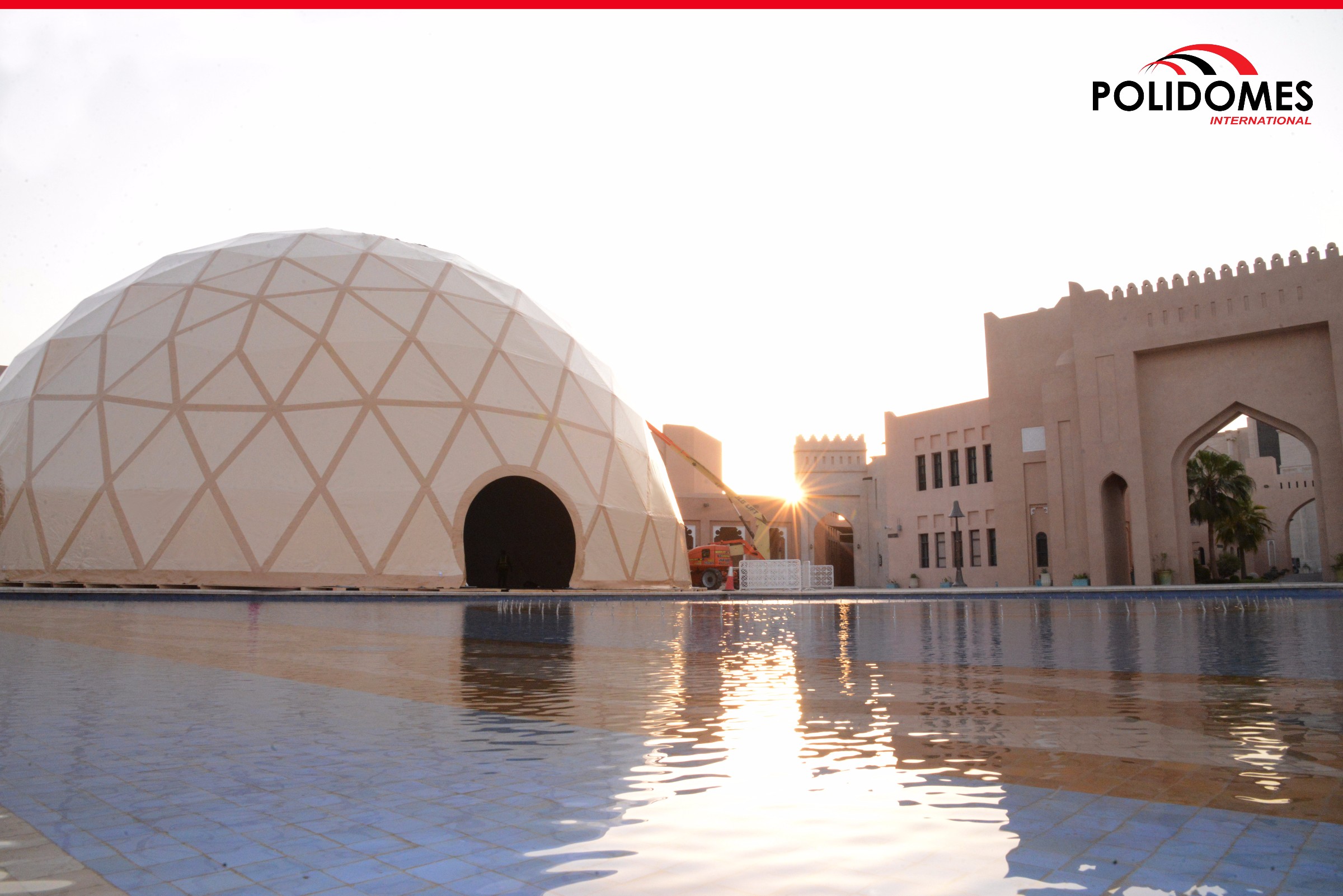 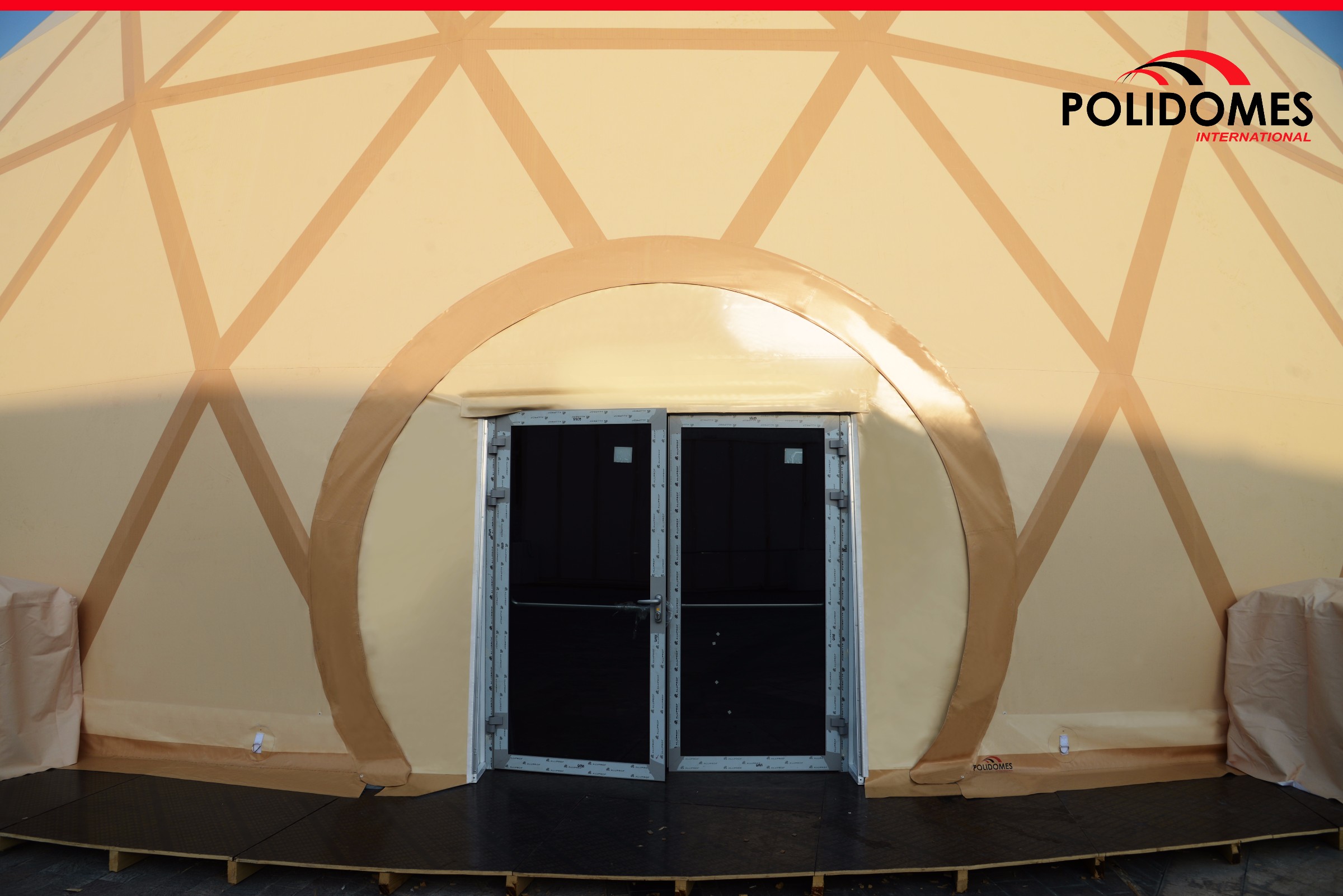 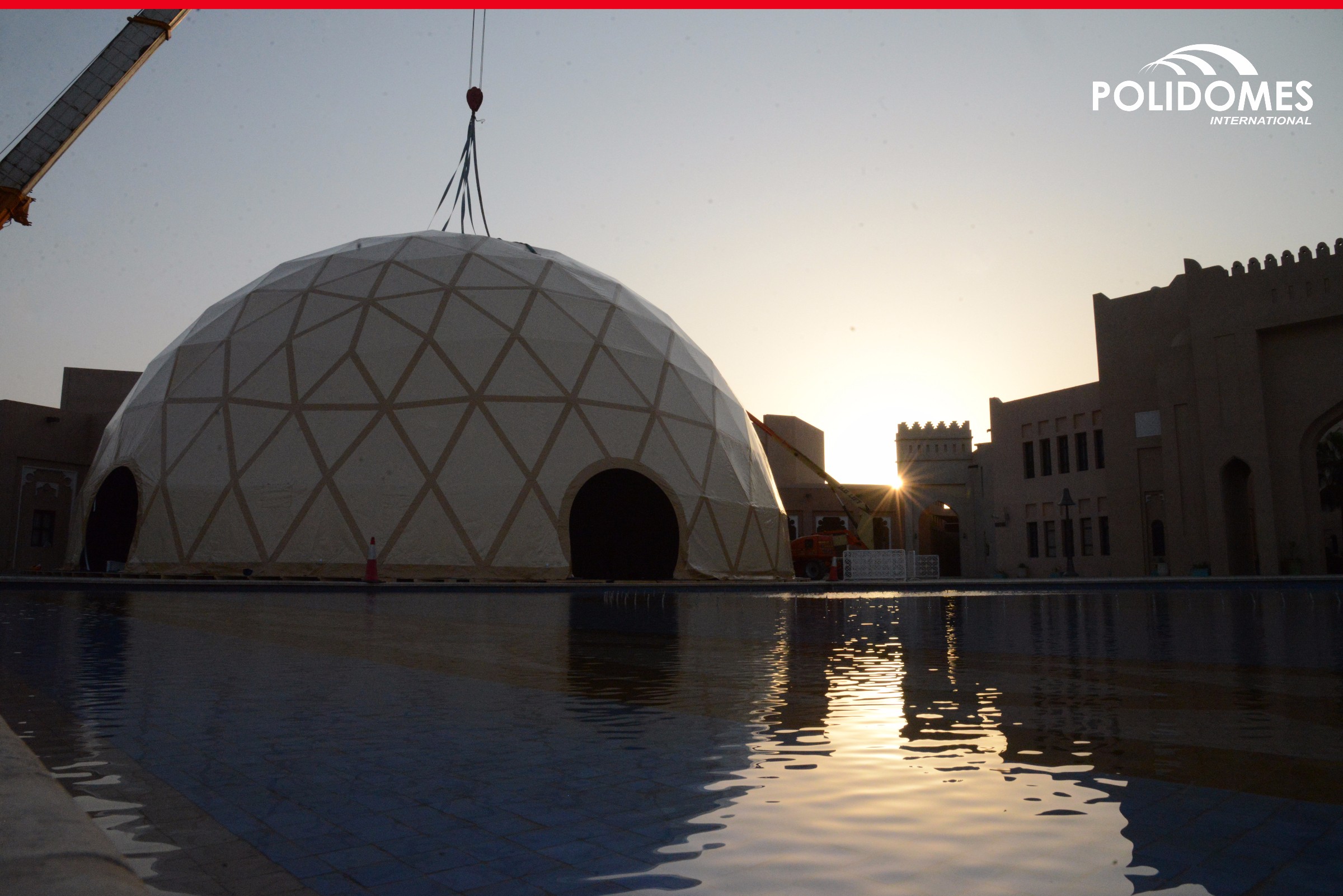 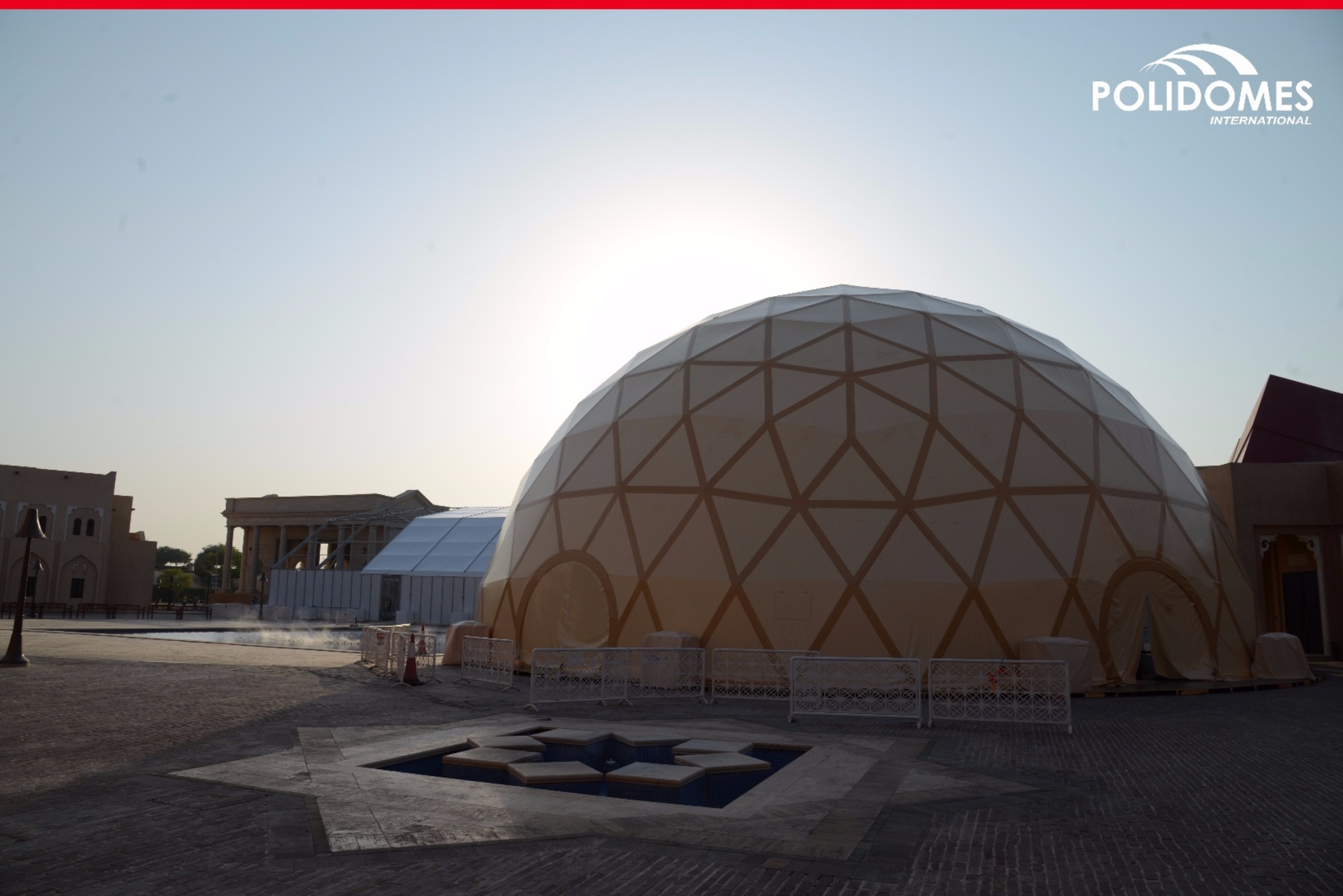 Thanks to their original design and branding, our geodesic domes have many uses – in this case, a luxurious pavilion for the exhibition of Qatari eagles. In other circumstances, they can host similar events, perhaps in a more temperate climate 😉 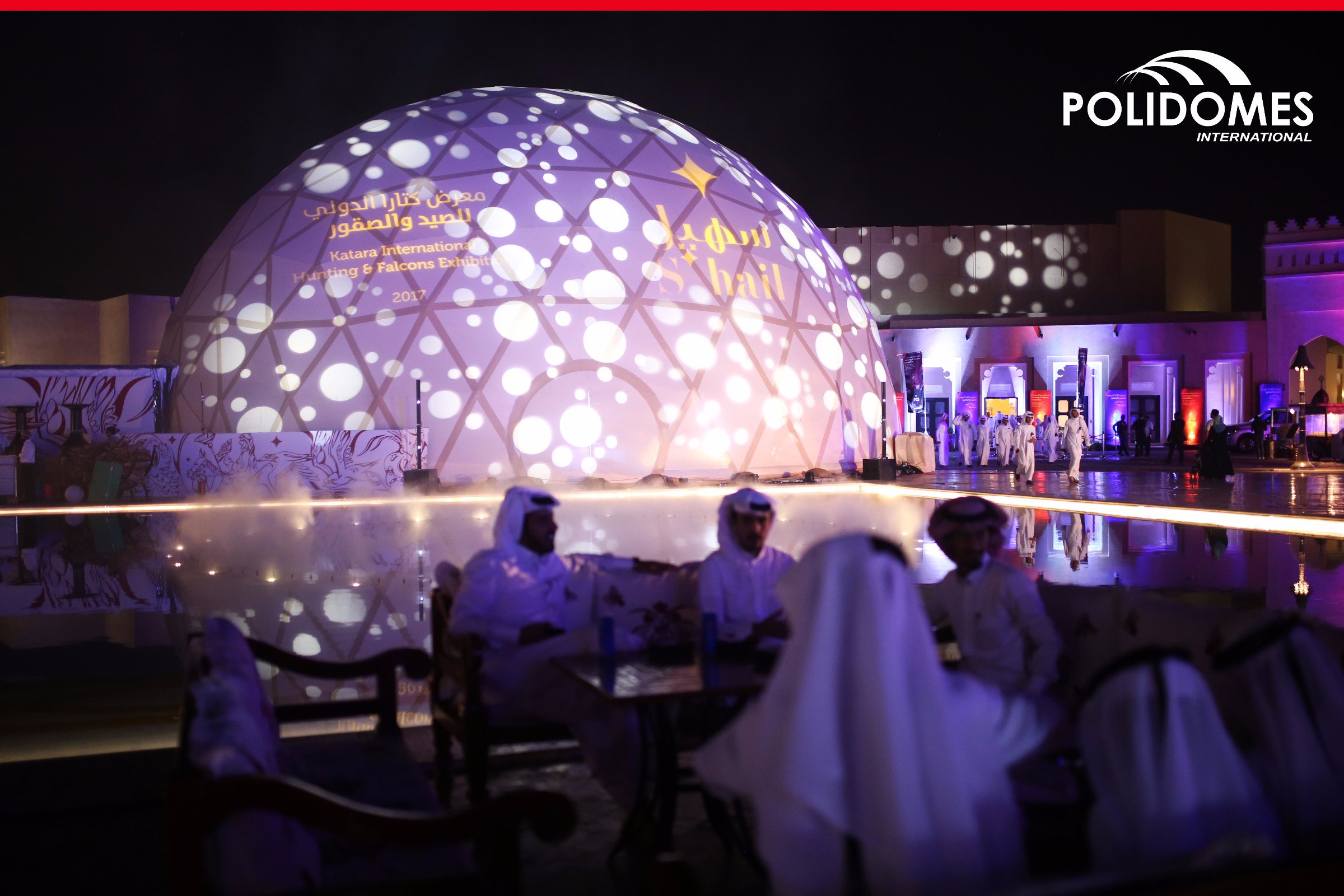 One thing is certain – Polidomes is prepared for every task. There is no mission impossible for us! 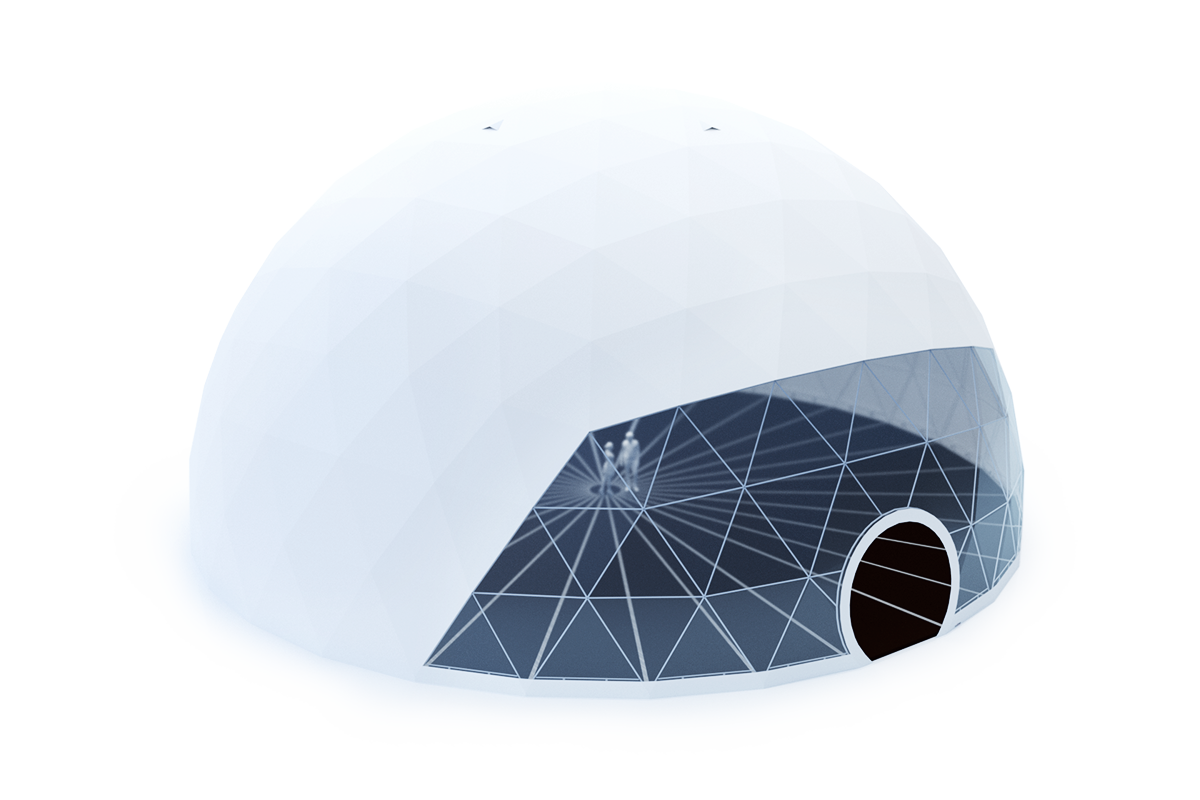