We are creators who pursue excellence and give our all
to make each project we work on outstanding.
Our solutions based on geodesic tents use the latest innovative
multimedia such as 360 immersive geodesic projections, shared vr and much more...

A dream wedding on the beach!

The whole world in a couple of tents

The World Press Photo in Bucharest, Romania - in our event tents. The first World Press Photo exhibition took place in our POLIDOMES portable geodesic tents in Bucharest in May, 2014. The spectacular success of this ground-breaking project, which drew more than 40,000 visitors, wouldn’t have been possible without POLIDOMES! As many as five

The transparent P30 geodome at the wedding fairs. On Women’s Day, the Baltic Plaza Hotel organised first ever wedding fair in Kołobrzeg. The Polidome 30, in its 100% transparent version, was the only outdoor booth at the fair. The wedding dome was heated, and guests were offered a professionally prepared cup of coffee, allowing them to

A geodesic tent – a recognizable showcase for every company.

The Agrisem geodesic tent at the 2013 fair. A POLIDOMES P75 geodesic tent represented the French company Agrisem at the Agro Show fair in Bednary. The Agro Show in Bednary is an annual event held at an airport 30 km from Poznan. Agricultural machinery and equipment are exhibited at the fair.   POLIDOMES supplied Agrisem with a 75

Geodesic domes at the "Lemon Park" in Wladyslawowo, Poland. POLIDOMES had the chance to be a part of the “LEMON PARK” entertainment centre for children and adults in Władysławowo, Poland. Our tent structures served important functions in the infrastructure of the park. The tents we used were: Polidome 700, Polidome 300,

Hold an exhibition in a tent.

An art exhibition inside a geodesic tent Once again, an art exhibition was held inside a Polidome 110 geodome. The 50th International Ceramics & Sculpture Outdoor Exhibition is one of the largest such events in the world, and the only one in Poland. For the 20th anniversary of the Bolesławiec Ceramics Festival, an event was organized

The desert isn’t an easy place to pitch a tent… but we can do it!

VIP party in the Polish desert POLIDOMES event dome tents took part in what was a ground-breaking project in Poland – a business party in the desert. It was a huge challenge for us, but we rose to the challenge. Difficult, muddy terrain and short deadlines called for precise preparation. Ultimately, the entire project ended up being a huge

A tent that will make every event more appealing

A catering tent - The "Cod and Flounder" Festival - Dzwirzyno. We knew there was no limit to the uses of our tents, which is why we agreed to rent out our Polidome 75 geodesic tent as a catering facility for an EU project called “Tasty flounder and tasty cod”. For this event, we opted for a Polidome 75 with a transparent front. The usable

Polidomes at the Lublin Carnival

Polidomes tents served as an information centre and a VIP zone. POLIDOMES geodesic tents were set up for the first time at Plac Litewski in Lublin and played a major role in the success of this fantastic event. This shows that we can customize our tents to meet the expectations of our clients. A Polidome 30 geodesic amphitheater, along with a 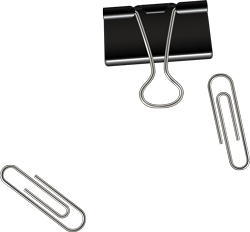